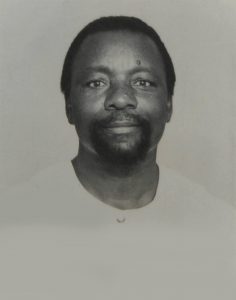 An overview on voluntarism and KVDA development cooperation history reveals efforts by heroes of the century who dedicated their lives to remarkably transform the world.

The concept of work camps began as an international movement in 1920, dedicated to a positive and creative effort to erase the hatred and fears created by the First World War. The good work and success of the camps in the subsequent years enabled the movement to spread worldwide.

In Kenya, the first work camp was organized in 1956 with the support of the British and American Quakers. Subsequently, several other camps were held and in May 1962, the Kenya Voluntary Workcamps Association was formed to carry on the mandate.

The name changed to Kenya Voluntary Development Association in 1969 to widen the scope, diversify operations in the entire development spectrum with international voluntary service as the core-competence of the Association.

It is important to note that the founder of KVDA, the late Cephas Mufanawo Munanairi (Popularly known as Mr. Africa) who died on 2nd October 1994 was a key Pan-African hero who hailed from Zimbabwe and came to Kenya at the height of colonial oppression in his motherland. He was inspired to join ranks with fellow like-minded people to establish an organization that would champion the cause for social justice and the idea of volunteering was captured to enable the world to appreciate its uniqueness and complementary obligations.

KVDA launch pad coincided with efforts by the 35th President of the United States of America John Fitzgerald Kennedy to establish the Peace corps. Through the Peace Corps the USA President sought to encourage mutual understanding between Americans and people of other nations and cultures.

Since our founding, KVDA has carried on this legacy that has inspired generations. As we approach 2021, the KVDA 59th anniversary of community-oriented volunteer work and development. Over the years, hundreds of Kenyan and International volunteers have come together in solidarity and friendship to mobilize resources to enhance sustainable development.