is to help everyone and bring them a better life.

It involves recruitment of volunteers worldwide through partner organizations in respective countries to participate in community service projects at the grassroots in Kenya.

The projects are identified by the local community who team up with volunteers from Kenya and overseas to support the community to implement actions to empower the local people.

More than 50 projects are organized nationwide where we deploy motivated volunteers who have incredibly made a big difference in society.

KVDA has over 40 projects nationwide that are open to medium and long-term volunteers for a duration ranging from one month to one year.

Most of the projects are located in rural Kenya in various institutions that are community based.

We encourage professionals to take advantage of the available opportunities in order to continue to impact positively on society.

National workcamps focus on recruitment of national volunteers from Kenya who are dedicated to support community development.

KVDA has partnerships with learning institutions to make this program a reality and impacted positively on society. The majority of volunteers on this program are young people who have completed their primary and secondary school education.

We have students from institutions of high learning majoring in social sciences attached to this program.

We are open to new partnerships and welcome motivated volunteers to join the program.

Erasmus Plus Program funded by the European Commission

In partnership with organizations from EU, KVDA has been actively involved in the implementation of Erasmus plus projects and so far we have successfully implemented 25 projects since 2008 under the aegis of Youth in action program the precursor of Erasmus plus program.

We are open to new partnerships based on our track record on deliverables.

This program affords young people from Kenya an opportunity to volunteers in projects in Africa, Asia, Europe and Americas through partner organizations in those countries.

The projects range from 2 weeks to 1 year.

The outgoing volunteers are hosted in projects identified by our partners overseas.

We have different tailor-made packages that are suitable to volunteers motivated to experience that circumstance bestowed by the beauty of Kenya, wildlife and national heritage.

Development education and empowerment of communities.

Poverty eradication is a key plank in our intervention strategies at the grassroots. The majority of the people in communities recipient to our volunteer projects live in abject poverty and we have a deliberate strategy to support them through linkages on income generation and sustenance of livelihoods.

Through the maxim “Development Against Dependence”, we are cognizant of the fact that true development must be people-centered and driven for sustainable development.

In response to emerging needs on structural reforms at the grassroots the corporate sector is keen to enhance the capacities of community-based organizations to enable them to effectively respond to emerging challenges.

This program has the capacity to transform communities in dire straits through enhanced infrastructure to spur sustainable development.

Youth Entrepreneurship and Leadership Development program (YELD) was initiated to respond to the unemployment crisis among the youths in Kenya.

KVDA has devised training course to respond to this challenge with the capacity to enable the youths to translate the program skills into economic opportunities.

This is designed specifically to fill gaps for volunteers arriving in Kenya and are interested to learn either Kiswahili or English as these are the languages of choice for effective communication in Kenya.

The program is tailor-made to suit the needs of the potential volunteers organized at the grassroots.

Forum theater and other non-formal education methodologies are critical at the grassroots for effective communication.

KVDA works with budding artistes and theater groups on a program that has profoundly translated thematic issues through drama, music, storytelling and dance.

KVDA residence offers the ambience and aura for holding conferences for national and international teams.

Organizations wishing to organize conference and events are welcome as this is an opportunity with the capacity to make the big difference. 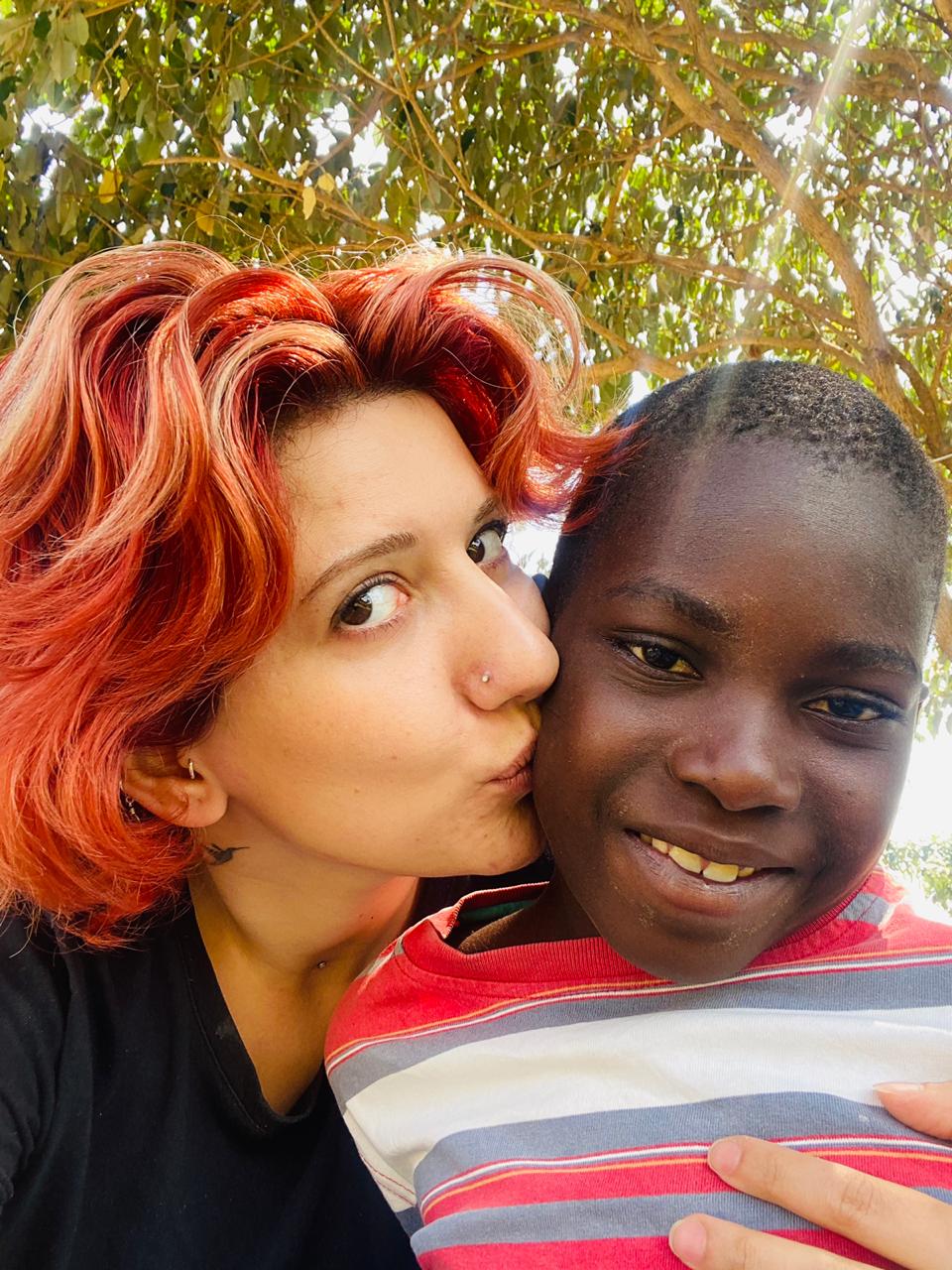 For over half century

Our Contribution to Community Development

What we are involved in 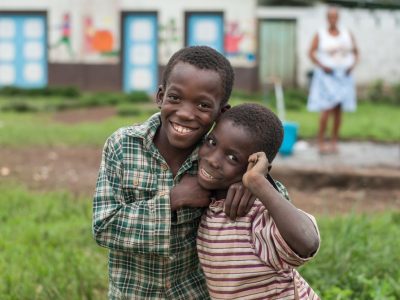 The 2030 Agenda acknowledges that eradicating poverty in all its forms and dimensions, including extreme poverty, is the greatest global challenge and an indispensable requirement for sustainable development.

The first Sustainable Development Goal aims to “End poverty in all its forms everywhere”. Its seven associated targets aims, among others, to eradicate extreme poverty for all people everywhere, reduce at least by half the proportion of men, women and children of all ages living in poverty, and implement nationally appropriate social protection systems and measures for all, and by 2030 achieve substantial coverage of the poor and the vulnerable.

KVDA projects respond to this goal differently especially with focus on livelihood projects implemented in partnership with local communities at the grassroots. Our philosophy “Development against Dependence”, reinforces this cause as the people are enabled in modest way to respond to challenges of development. 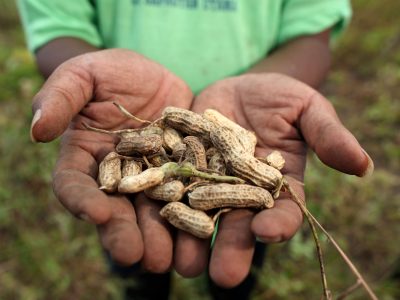 As the world population continues to grow, much more effort and innovation will be urgently needed in order to sustainably increase agricultural production, improve the global supply chain, decrease food losses and waste, and ensure that all who are suffering from hunger and malnutrition have access to nutritious food. Many in the international community believe that it is possible to eradicate hunger within the next generation, and are working together to achieve this goal.

Hunger dehumanizes people rendering them susceptible to manipulation by the unjust social order. Sustainable agriculture predominantly applied in Kenya through organic farming plays a big role to stifle nutritional challenges and keeping diseases at bay as the single most important factor of production.

KVDA works with communities carrying out agricultural projects with the ripple effect to spur socio-economic development. Kenya Institute of Organic farming (KIOF) located in Kiambu county of central Kenya is among the flagship projects where volunteers have dedicated efforts to build the infrastructure with great potential for replication 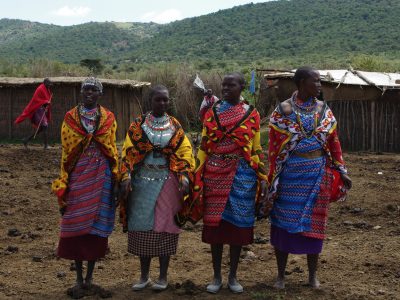 Since its creation 70 years ago, the UN has achieved important results in advancing gender equality, from the establishment of the Commission on the Status of Women – the main global intergovernmental body exclusively dedicated to the promotion of gender equality and the empowerment of women – through the adoption of various landmark agreements such as the Convention on the Elimination of All Forms of Discrimination against Women (CEDAW) and the Beijing Declaration and Platform for Action.

On the occasion of the General Debate of the 66th Session of the General Assembly held in September 2011, United Nations Secretary-General BAN KI-MOON highlighted in his Report “We the Peoples”, the crucial role of gender equality as driver of development progress, recognizing that the potential of women had not been fully realized, owing to, inter alia, persistent social, economic and political inequalities.

Gender inequalities are still deep-rooted in every society. Women suffer from lack of access to decent work and face occupational segregation and gender wage gaps. In many situations, they are denied access to basic education and health care and are victims of violence and discrimination. They are under-represented in political and economic decision-making processes.

With the aim of better addressing these challenges and to identify a single recognized driver to lead and coordinate UN activities on gender equality issues, UN Women was established in 2010.

UN Women works for the elimination of discrimination against women and girls, empowerment of women, and achievement of equality between women and men as partners and beneficiaries of development, human rights, humanitarian action and peace and security.

Since inception KVDA has been at the forefront of enabling communities to take charge of their own development process. Gender empowerment was ingrained in the program after successive international efforts on women empowerment that has been the cornerstone of this program for decades.

Through the European Union sponsored Erasmus plus program, KVDA has collaborated with several organizations from Africa, Asia and Europe to carry out a series of gender empowerment projects targeting marginalized communities that are victims of the patriarchal societal setting that has for many years trampled upon the female gender.

Girl child education, advocacy against female genital mutilation and affirmative action to cushion the female gender have played a big role to buttress the process in Kenya. KVDA has specific projects designed to champion the cause for gender empowerment with momentous effects. 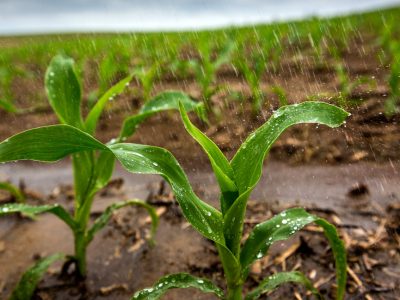 For many, a warming climatic system is expected to impact the availability of basic necessities like freshwater, food security, and energy, while efforts to redress climate change, both through adaptation and mitigation, will similarly inform and shape the global development agenda. The links between climate change and sustainable development are strong. Poor and developing countries, particularly least developed countries, will be among those most adversely affected and least able to cope with the anticipated shocks to their social, economic and natural systems.

Environmental conservation campaigns are pivotal in this regard foremost the issue of afforestation that has seen nationwide efforts on tree planting and discouraging human settlement on water catchment areas as some of these towers have been abused exposing communities living in the neighbourhood to hunger.

In 2014 KVDA partnered with Bulgarian University through the European sponsored Youth in Action program the precursor of Erasmus plus program to carry out 2-year climate change project who aim was to empower community with effective tools and strategies to tackle the challenges of the times. 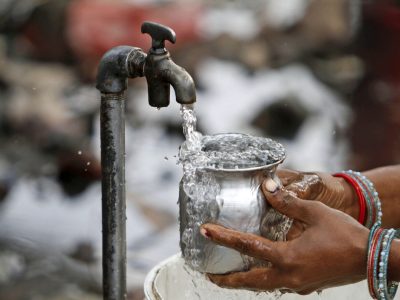 Over the past several decades, ever-growing demands for – and misuse of – water resources have increased the risks of pollution and severe water stress in many parts of the world. The frequency and intensity of local water crises have been increasing, with serious implications for public health, environmental sustainability, food and energy security, and economic development. Demographics continue changing and unsustainable economic practices are affecting the quantity and quality of the water at our disposal, making water an increasingly scarce and expensive resource — especially for the poor, the marginalized and the vulnerable.

KVDA has over the years worked with communities to drill boreholes, install water tanks, dams and other efforts to ensure that people have access to the precious commodity the old adage expresses that water is life.

It is also important to note the challenges experienced in communities with poor sanitation and the focus has been to ensure that every homestead has adequate toilets that play a big role to ensure that waterborne diseases are not prevalent as they are most fueled by the unhygienic practices. 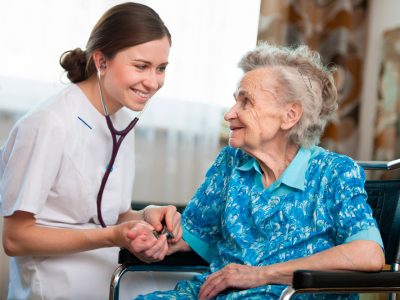 Sustainable Development Goal 3 of the 2030 Agenda for Sustainable Development is to “ensure healthy lives and promoting well-being for all at all ages”. The associated targets aim to reduce the global maternal mortality ratio; end preventable deaths of newborns and children; end the epidemics of AIDS, tuberculosis, malaria and other communicable diseases; reduce mortality from non-communicable diseases; strengthen the prevention and treatment of substance abuse; halve the number of deaths and injuries from road traffic accidents; ensure universal access to sexual and reproductive health-care services; achieve universal health coverage; and reduce the number of deaths and illnesses from hazardous chemicals and pollution 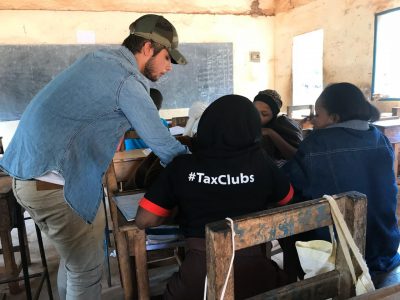 Education for all has always been an integral part of the sustainable development agenda. The World Summit on Sustainable Development (WSSD) in 2002 adopted the Johannesburg Plan of Implementation (JPOI) which in its Section X, reaffirmed both the Millennium Development Goal 2 in achieving universal primary education by 2015 and the goal of the Dakar Framework for Action on Education for All to eliminate gender disparity in primary and secondary education by 2005 and at all levels of education by 2015. The JPOI addressed the need to integrate sustainable development into formal education at all levels, as well as through informal and non-formal education opportunities.

KVDA has recruited hundreds of volunteers from the international community and deployed them to educational institutions nationwide with sustainable impact on the communities recipient to these projects. Through the collaboration, international exchange opportunities have emerged, corporate linkages created for infrastructural development, experiential learning actualized and local people challenged to embrace local solutions to challenges of development.